You are here: Home / Moldova’s Prime Minister presented the main directions of the Public... 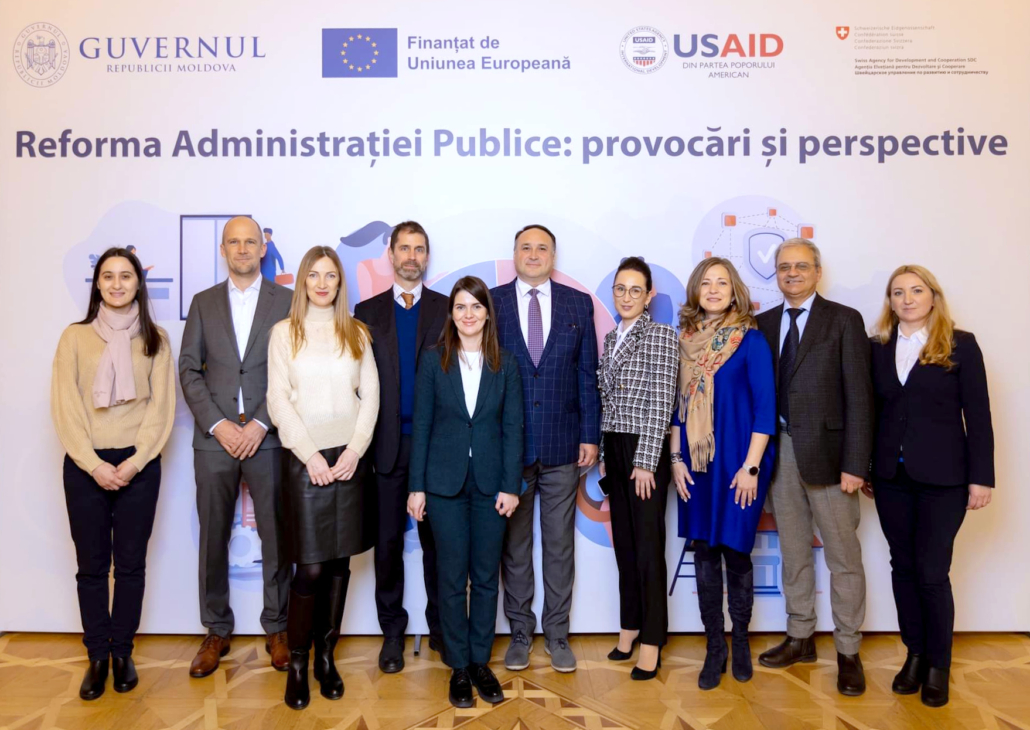 The event was attended by the Prime Minister Natalia Gavrilița, the head of the State Chancellery, Igor Talmazan, the head of the European Union Delegation in Moldova, the US ambassador to Chisinau, and the director of the Swiss Cooperation Office in the Republic of Moldova, Guido Beltrani.

The event is organised by the Ma Implic project (implemented by Skat Consulting Ltd. and financed by Swiss Agency for Development and Cooperation) the EU and USAID’s Comunitatea Mea Project.

The second day tomorrow will see panel discussions on the vision of public administration reform, public service delivery, local public finances and other issues hot on the reform agenda.

UN Habitat invited our expert Daniel Wyss to present the Proecco-project at...
Scroll to top