You are here: Home / Our Projects / Sustainable Reconstruction Initiative in Tsunami affected villages of Tamil...

On behalf of the Swiss Red Cross and Swiss Solidarity, Skat provided conceptual and technical backstopping for the design, planning and management of the project and capacity building as well. The project had the objective of supporting Tsunami affected villages of Tharangambadi and Chinnangudi of Nagapattinam district through the reconstruction of permanent shelters and community infrastructure facilities. 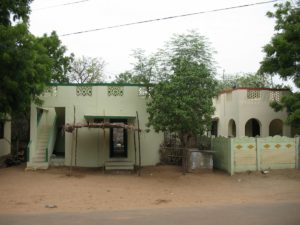 In December 2004, immediately after the Tsunami disaster, Swiss Red Cross (SRC) explored possibilities of a collaboration for rehabilitation with the South Indian Federation of Fishermen Societies (SIFFS).  As result, a proposal for restoration of the livelihoods of fishermen in the two villages of Tamil Nadu and in the Tharangambadi and Chinnangudi villages of Nagapattinam district was developed and approved by Swiss Solidarity.

The specific objectives of the project have been: